The other day at work I was battling a screeching headache.  I finally gave in and I reached for a bottle of Advil out of my desk drawer.  I shook out two pills and swallowed them down, praying that the pain would leave asap.  Then I looked down at the bottle in my hand and realized that I had just taken two diuretics!

Have you ever made such a mistake?  I’d venture to guess I make mistakes at least once a day.  The mistake between pain medication and a water pill is one that could have been easily avoided.  I just needed to slow down and pay more attention.

Think about the story of Joseph bragging to his brothers about his dream.  He boasts of future greatness and being chosen.  The brothers naturally resent this boasting.  Then they begin to plot the removal of Joseph from their midst. What if Joseph has slowed down and paid more attention? What if he had gauged the reactions of his brothers? Would he have continued to boast if he’d noticed that they were getting angry? Perhaps Joseph could have avoided years of turmoil if he’d simply slowed down and paid attention.

I could have avoided taking two water pills for a headache.

Everyone makes mistakes in their lives, but God can work mightily despite those mistakes.  He redeems sin. He knows I’m weak and He works in my despite that weakness. In fact, he works through my weakness, as long as I admit those mistakes and sins instead of covering them up.

Sweet girls of the Iron Porch, be encouraged in your mistakes! Press in and watch what God will do with those mistakes. Proverbs 24:16 (NIV) states “For though the righteous fall seven times, they rise again, but the wicked stumble when calamity strikes.” 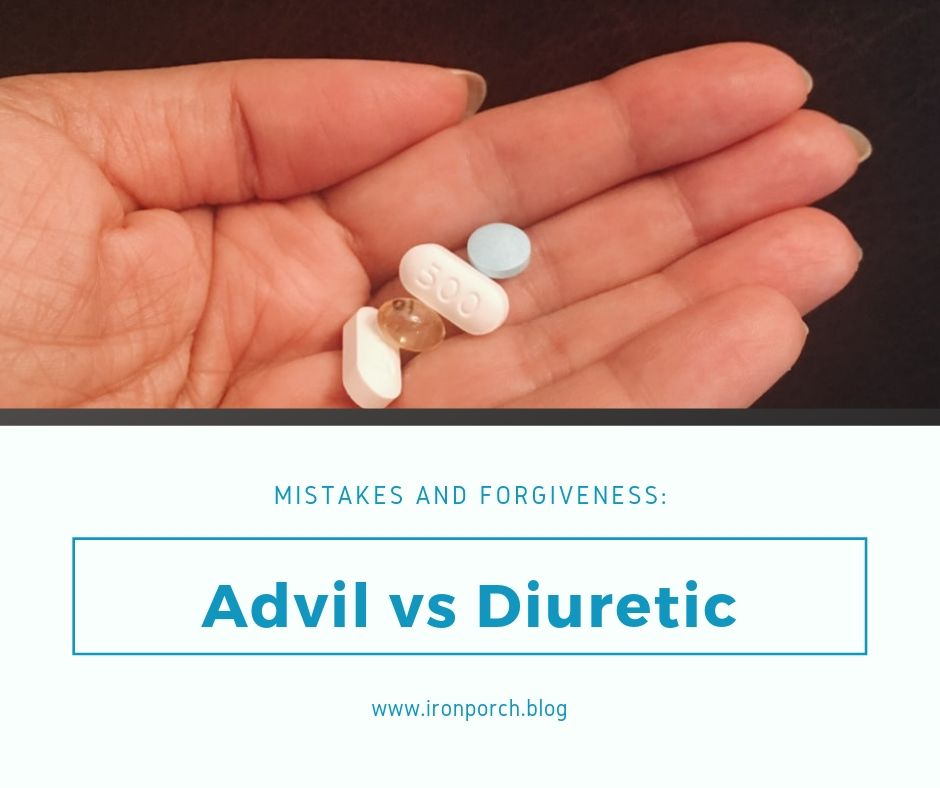 I have been described a straightforward speaker with engaging humor and practical approaches to life. My passion is to speak, write, and encourage women in relevant ways that allows them to grow in their relationship with Christ, their families, and their friends. In January 2018, I co-founded Iron Porch Ministries with my best friend, Erin Petersen, as a mechanism for women to have space to “sharpen” one another based on Proverbs 27:17. I am a retired Air Force veteran, having served 25 years. I've been married for eight years and am a mom to son, Kambell and step-mom to daughter, Kiyana. My hobbies include reading, photography and scrapbooking, but I spend a fair amount of time on the “Shade-Farmette” taking care of the bees, chickens, ducks, pond and garden. While I was born in Wisconsin (Go Pack Go!), raised in Oregon, and lived all over the world as a military member, I now call Alabama home. View all posts by Emily Shade